Hey all, today I am thinking about different types of mobiles, oh sorry, Mobile Operating Systems! I still remember the days when I did not have a mobile but quite fascinated by them. Waited a long time to get my first phone, way back in 2005. At that time the mobile industry was dominated by the not-so-smartphones and by Nokia, Sony Ericsson, Siemens and Motorola! But time has changed since. The costs of the mobiles devices has also drastically come down. Today, the market for smartphones (with smart OS) has increased considerably. The Smartphone category of mobiles are best selling ones now. With increase in Smartphone demand, the OSes have also evolved a lot. We now have several operating systems for mobiles. The OS is also a very important aspect when we decide to buy a new phone, apart from the hardware specs. The majority of the Smartphones run on Symbian. The other notable OSes are Google’s Android platform, Apples IOS 4, Windows Mobile, RIM’s  Blackberry OS, and some more proprietary OS like the Latest Bada OS by Samsung, Brew by HTC, and a somewhat forgotten Palm OS. With so many many choices in UI the average user is sure to be confused! But let me tell you there are fan followings for each of the operating systems and that too in some cases quite a large numbers. The obvious operating system that comes to mind is the Symbian Operating System now owned by Nokia which is open source. About 46% mobiles run on this platform. Nokia offers OVI App Store for downloading different applications for the platform. Symbian is a very user friendly OS and due to it’s open source nature it can be tuned to the taste and requirements of different manufacturers. Therefore the UI in Sony Ericsson’s Symbian devices are different from the Nokia’s. The latest good thing in mobile OS is Android. Android is an operating system currently owned and developed by Google Inc. So, it has got the Google Edge! True to the expectations of many, this operating system has lot to offer. Presently it is the version 2.2. The Android app store has quite a large number of applications for downloading as well. being built on linux kernel it is also open source and offers greater scalability. HTC, Samsung, SE, Motorola are offering many handsets based on Android OS. Android has very good touch interface capability and support for many multimedia formats. There is the other side of the coin…when we talk about linux can we restrain ourselves from mentioning Window? Yeah, Microsoft has also has it’s Windows Mobile OS. The latest being the Windows Phone 7 to be fully released by the end of this year. They could not do as good as their desktop counterparts with their earlier versions. Presently there are lot of phones available in the market based on Windows Mobile 6.1 or 6.5. Let us wait for Window Phone 7 to be released fully to see its impact on the mobile OS scenario. The Apple products have created a niche for themselves…the iPhone is also not an exception.The latest iPhone  will run on iOS 4. This iPhone OS is a mobile version of the OS-X and even after being a proprietary OS, there are a lot of apps available for the iPhone from the iPhone app store. Samsung has recently launched a phone called Samsung Wave running on its own operating system called Bada OS. Samsung has launched a app store to support its OS. One of the most promising OS for corporate users was the Palm Platform but it has lost to the other manufacturers in the market but they recently launched the Palm Pre Os with WebOS facility for greater online experience and full support for social networking services (SNS). It has got some good reviews after its launch but only time will tell whether it will hold up to the expectations or not. Canada based company Research In Motion (RIM) provides the most email friendly OS to the corporate user- the Blackberry OS which is again a proprietary OS powering the Blackberry Mobiles. The killer feature of this OS is its support for push mail. The Mobile OS war is surely to get more intense in the coming days..but in the process the users will get a lot of choices and the manufacturers will have a hard time choosing the right platform for their devices. Too many environments for devices may  also lead to manufacturers getting confused over offering some key features to the user. The discussion is never-ending since technology in every field is evolving day by day.

Bye for today. See you soon. 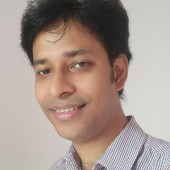 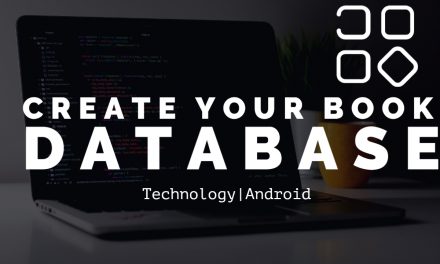 Create your personal book catalog with My Library App